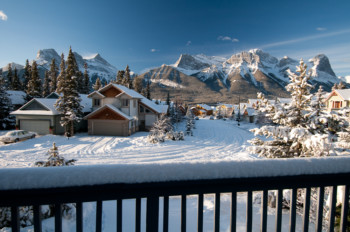 On Tuesday, February 16, the Canadian Real Estate Association (CREA) released its national housing statistics for the month of January. Below, CREA’s Senior Economist Shaun Cathcart provides an update on the current state of housing markets in Canada and explains what the data means for members.

Housing markets across Canada (and the stats that come out of them) don’t care our calendars have advanced by another year, so, not surprisingly, 2021 started just as 2020 ended.

The January 2021 housing numbers set quite a few records. In fact, it was a record number of records—so meta. It would be a lot faster to list the metrics (sorry, metric) that did not set a record to start 2021, but I’ll still list off the highlights.

Sales in January 2021 set another all-time record—more than 736,000 on a seasonally adjusted annualized basis. Average annual sales over the last decade are under 500,000.

Overall supply is at the lowest level on record. We’re actually below 100,000 listings at this point, whereas six or seven years ago we had in the neighbourhood of 250,000 listings.

The sales-to-new listings ratio hit an all-time high in January of over 90% (normal/average is around 55%).

The number of months of inventory nationally fell below two for the first time ever. For some historical perspective on that, the housing boom we saw back in the early 2000s had 3.5 to four months of inventory the whole time, which was the previous record low. We’re about half of that right now.

Prices under these types of conditions are doing exactly what you would expect—they’re rising and rising fast. The overall aggregate composite MLS® HPI benchmark price has climbed by around $75,000 in the last seven months alone. In the single-family space, that number is about $100,000. “Your house will make more than you will this year,” used to be a joke reserved for a few neighbourhoods in Vancouver. Not anymore.

In fact, the only one of our key national metrics that did not set a record in January 2021 was the one we need the most right now—new listings. That is, unless you count the normal seasonal jump in new listings from December to January, typically the biggest one-month seasonal change in any metric at any time of year. Well, that was close to a record low. Not good.

The spring market is a big deal for housing. The spring of 2018 and 2019 were kind of boring as the B-20 mortgage stress test was still weighing on demand at that point. Spring 2020 would have been a wild one, but we all went into those initial lockdowns, so it was wild for another reason—existential angst combined with no toilet paper!

As such, we haven’t had a really active spring market for a few years now.

In contrast to 2020, this year it’s looking like we’ll be coming out of lockdowns as the weather starts to improve.

It seems to me people are also feeling a lot more comfortable getting on with their lives despite the virus, at least much more so than last spring.

I guess what I can say with some confidence about the next few months of housing activity in Canada is it will most certainly be headline grabbing.

The big wildcard this year, as I’ve mentioned previously, is desperately needed new supply. You can’t wave a magic wand and build new homes overnight. But you can, in theory, get a quick supply response from the existing housing stock and existing owners if they put homes up for sale.

Admittedly, that is the opposite of what we have seen over the last year, so how might that happen? Well, what about all those would-be sellers who stayed on the sidelines last year? What are they up to, or about to be up to? At this time of year, they may be getting ready to list their homes for sale, but we can’t see that until they hit our MLS® Systems. Is it the calm before the storm? Or maybe, the tide going out right before it comes back in (in a big way!)?

It can be tricky because housing supply shortages can be self-reinforcing. If you’re relying on existing owners to supply the market, and they aren’t going anywhere until they find something “better” than what they have now, and the overall supply for them to choose from is already at a record low, the supply of homes that are “better” enough for them to spur a move becomes a needle in a haystack. Meanwhile their current home’s value is shooting up by six figures every year.

Anyway, I’ve got my fingers crossed for a burst of new listings this spring, because that’s the key to getting all these buyers into the homes they want to own, as well as spreading that demand out so price growth can start to calm down as opposed to continuing to accelerate.

If you were hoping for some relief from the word “unprecedented” in 2021, this article about Canadian housing markets is not likely to be of any help in that regard. Apologies.