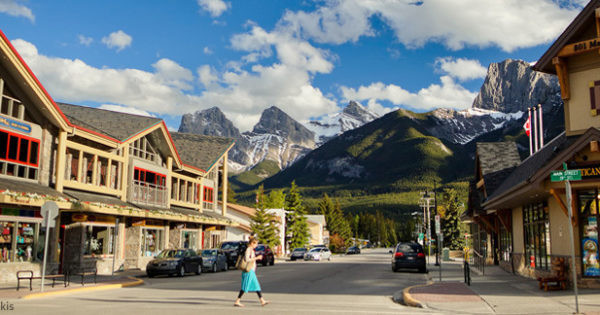 Canmore council has directed administration to develop a plan for another road closure for two blocks of Main Street beginning in May and lasting until Thanksgiving. The municipality is working with the downtown Business Improvement Area to address concerns that arose as a result of the 2020 closure.

CANMORE – Closing Canmore's Main Street to vehicle traffic last year to allow for social distancing was so successful, elected officials are moving ahead with it again in 2021.

Canmore council voted in favour during a January finance committee meeting to direct administration to close Main Street from May to Thanksgiving, with the cost for the initiative coming from the municipality's COVID-19 contingency budget.

Mayor John Borrowman spoke about the success of the initiative last year and reiterated his support for considering a seasonal closure as a permanent measure.

"I think last year’s trial run was very successful," said the mayor. "I know it was not universally supported and there were some that did not appreciate the effect of the closure. But by and large, I think the majority of people, residents in particular, have appreciated the closure.

"I would love to see Main Street closed every year in the summer, in the very least."

Couns. Karen Marra and Joanna McCallum spoke in favour of the initiative for 2021.

"I think the main idea of this is safety for anyone travelling there," Marra said, adding Main Street in Canmore during the summer can get quite busy.

McCallum said another road closure for Main Street is a good idea to continue to follow public health measures and prevent the spread of COVID-19.

"I know this is a prudent move and I hope that when we consider this beyond 2021, that we are able to consider it not from a public safety perspective, but for the rejuvenation of our downtown core," she said.

General manager of municipal services Sally Caudill said in 2020 the road closure was approved by the emergency coordination centre as the municipality was under a state of local emergency at the time.

"This year, we are no longer in a state of emergency and it is council's decision whether or not to close Main Street as part of our COVID response," Caudill said.

She said the purpose of moving ahead with the road closure again this year would be to achieve the same objectives as in 2020 – to provide space for residents and visitors to socially distance themselves from others and to support businesses with lower capacity limits due to pubic health restrictions.

"The point of this closure is about public safety and giving people room to manoeuvre in the downtown core," Caudill said. "While vibrant and open spaces are a benefit, that is not the point of the closure."

The downtown Business Improvement Area (BIA) asked administration and council to begin working on the project, should it be approved, sooner rather than later.

BIA executive director Beth Vandervoort said starting early this year would allow for concerns that arose from last year's closure to be addressed.

"We would like to give our input with regard to how that may roll out," she said. "We had some concerns as a result of last year as far as how space was allocated or maintained."

Vandervoort pointed to the need for intercept parking for visitors to help manage the flow of vehicles and people into the downtown during the summer. Last summer, the parking lot at Elevation Place was used, as the recreation centre had not yet reopened after being shut down in March due to the pandemic.

Vandervoort also said there is a need for public washrooms to be available and for businesses to have more time to prepare in-street patio infrastructure, should they choose to install them. There were additional concerns around signage for the scramble crosswalk and a need for increased enforcement and presence of bylaw peace officers.

Caudill said an administrative working group is already looking at the feedback from the BIA to address the concerns raised.

"That work is already underway," she said, adding administration will return to council with an update. "Part of what we are asking council to do is give us high level direction to move forward with a closure and do the best we can to address … the BIA concerns."

She said waiving those fees again in 2021 would remove $10,000 in revenues from the operating budget.

"We would need a motion from council directing us to waive the fees," Smithers said. "We do not have the authority to do that ad administration."

Council voted unanimously to support the fee waiver. It also voted during the 2021 operating budget deliberations to postpone implementation of paid parking for the downtown until 2022.

With a second road closure set for 2021 and paid parking on the agenda for the downtown next year, Rusticana Grocery owner and BIA board chair Christine de Soto questioned why council continues to postpone the budget for a downtown enhancement plan.

"I feel that it does go hand-in-hand and we no longer have the town centre master plan on the table to discuss," she said.

The 2021-25 capital plan sets out 2023 as the year for the enhancement plan to be completed with an estimated cost of $160,000 from the operating reserve.