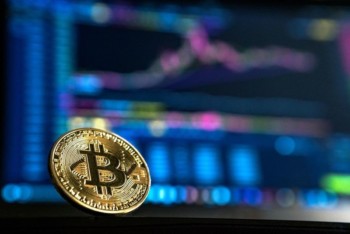 “We launched this initiative (last week),” said Matisse Yiu, liv.rent’s marketing manager. “Currently, we have a few payment options including credit cards and payment through UnionPay and now you can pay rent with Bitcoin. Renters can do it through coin-based API and a second way is through any kind of crypto wallet.”

The start-up launched in 2018 as an all-in-one rental platform where, in addition to processing payments, apartments can be listed and leases can be signed, either from Canada or abroad. Yiu says the idea to add the cryptocurrency payment option to the platform came from members of the liv.rent community and it quickly caught on.

“The Canadian rental industry is pretty slow when it comes to innovation and the adoption of technology, so we thought this was a great idea,” she said.

The Starke Realty team at PSR Brokerage oversaw Canada’s first real estate transaction using Bitcoin in 2018, and according to its team lead, paying rent with Bitcoin is not a bad idea but the cryptocurrency’s fluctuations and volatility are complicating variables.

“The fluctuation and volatility will be the challenges, and the way we overcame that in the past with our Bitcoin transaction was the Bitcoin amount was based on Canadian dollars, not the other way around. If rent is C$2,500, the Bitcoin amount would have to be equivalent of C$2,500 on that day.”

liv.rent can process Bitcoin payments, but the larger question of whether or not cryptocurrencies can be used in the rental market ubiquitously is muddled. For one, a direct payment from tenant to landlord using Bitcoin isn’t likely to encounter problems if an agreement is in place, but if an investor using a realty brokerage to manage their tenants were to try accepting cryptocurrency in lieu of a fiat currency, the brokerage wouldn’t be permitted to hold it in trust.

“The other challenge I see is with the first and last month's deposit being held in a trust. If the deposit goes through a real estate brokerage, because real estate brokerages can’t hold Bitcoin in trust now—they’re not set up for it—the deposit would have to be held by a third party,” said Starke. “There might need to be the establishment of a third party company, kind of like escrow companies in the U.S.

“The challenge when we did it in 2018 was finding lawyers who create bitwallets to hold the funds. The Law Society of Upper Canada, when we were doing ours, didn’t have literature containing Bitcoin in a binding contract, so it was difficult to find lawyers to complete that transaction, and lawyers aren’t typically used in rental leases, so finding the third party would be the challenge. Where does the money get deposited?”