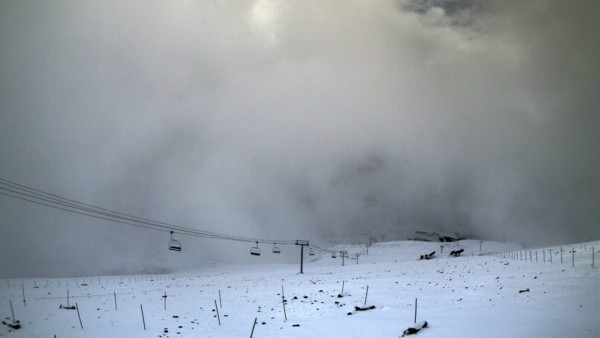 Snow predicted at higher elevations on Tuesday and Wednesday

It's not even the first day of fall, but people in the mountains west of Calgary are getting an early taste of winter as rain showers turn to snow in Banff National Park.

There was just a light dusting Tuesday morning in the Banff townsite, but further down the Trans-Canada at Lake Louise Ski Resort the snow has been piling up.

Spokesman Dan Markham says it's a sign the ski season is around the corner.

"We haven't quite gotten ready for the ski season, but people are calling to see how things are going. So people are getting excited and I guess we are not that far away from ski season," he said.
The slopes won't open until Nov. 10.

Environment Canada is forecasting snow in the Banff area at higher elevations for the next few days.