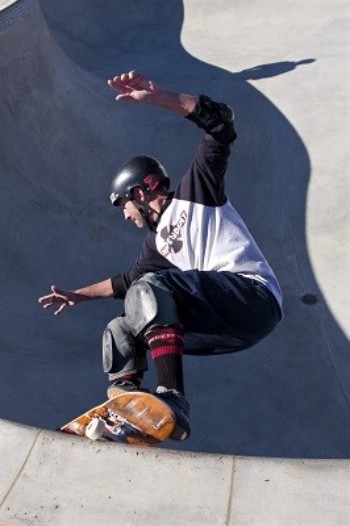 Skateboarding Injury Can be Prevented

After a lot of begging and against your better judgment, you purchased your teen a new skateboard and he can't wait to get out and use it. Now you're worried he's going to get hurt.

Contrary to some parents' opinion, skateboarding can be a safe and enjoyable activity. But without proper precautions, it also can lead to everything from minor abrasions to traumatic brain injury.

They're All Going to Fall

In 2015, 125,145 people were treated in hospital emergency rooms after being injured skateboarding. More than half of those injured were ages 14 to 24, and about one-third were between the ages of 5 and 14.

While the number of injuries caused by skateboarding is somewhat high – basketball, bicycling and football rank in the top three, skateboarding comes in eighth – making sure your child has the proper safety gear can make all the difference.

Newcomers to the sport account for one-third of the injuries. But, even experienced skateboarders fall – a lot. They most frequently are injured in falls caused by rocks and irregular surfaces. Wrists usually get the brunt of the damage with sprains or fractures, but "swellbows," or swollen elbows, also are not uncommon.

Here are some suggestions to help keep skaters safe:

Did you know that falling is an art? If done properly falling doesn't have to result in serious injury.