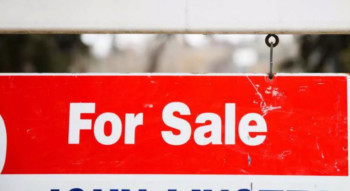 Calgary’s resale market this past July and August offered potential single-family home buyers the most selection they’ve seen over the period of a month in about five years.

The count of listed single-family homes in the city reached 3,280 in July and equalled that total in August, says the Calgary Real Estate Board. These months posted the most supply for the segment since 3,299 homes were listed in June 2012.

For August, supply was up 20 per cent from the 2,728 homes available a year earlier.

“Employment growth is contributing to the stability in sales activity, but it is not enough to meet the recent rise in listings and make a substantial dent in inventory levels,” says CREB’s chief economist Ann-Marie Lurie.

August saw 1,677 new listings of single-family homes, rallying nearly 10 per cent from 1,528 additions to the market during the same month in 2016.

Another factor in more people listing homes, say Lurie, is the improvements in price compared to 2016. As a result, more people looking to sell their home are seeing the current market as a more promising opportunity.

The benchmark price on single-family homes was $510,900 last month, a 1.5 per cent climb from $503,300 in August 2016. There was a year over year increase for the single-family benchmark in each of the past five months, says CREB.

“Buyers have several options in this market, and sellers need to continue to be realistic regarding the price they expect to receive for their home,” says CREB’s president David P. Brown. “While some of the buyers are re-entering the market, they are also considering all of their options prior to making a commitment.”

Resale of single-family homes recorded a 0.4 per cent uptick in August, increasing to 987 transactions last month from 983 a year ago.

An area CREB defines as south Calgary paced all ends of the city in both sales and new listings of single-family homes in August. During this time, it saw 194 of these homes change hands and 329 additions to the market.

The strongest price growth for single-family homes last month came from west Calgary, where its benchmark of $738,900 jumped 5.5 per cent from August 2016. This end of the city had 174 new listings and an inventory of 337 homes last month.

Other areas with price growth included the city centre with a three per cent rise, two per cent from southeast Calgary, 1.4 per cent in south Calgary, and 0.16 per cent on the north end of the city.