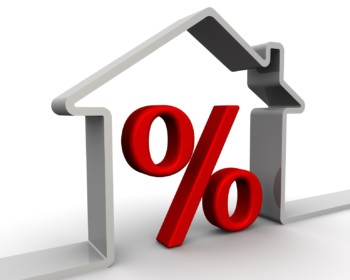 Canada's biggest bank has cut its five-year fixed-term mortgage rate, a move that other banks are likely to try to match in short order.

Royal Bank edged the rate on its five-year "special offer" mortgage down to  3.74 per cent, a cut of 0.15 percentage points.

Though subtle, the move is likely to prompt similar actions by other major Canadian banks in the coming days, and it's actually overdue based on what's happening in the bond market, says Rob McLister, founder of mortgage comparison website RateSpy.com.

Banks finance mortgages for consumers by borrowing money from bond investors, and then lending it out to mortgage holders at higher rates. Those borrowing costs to the bank started falling precipitously in the fall, a development that has yet to filter down to customers.

In November, a five-year government of Canada bond was yielding just shy of 2.5 per cent. A few days ago, that had fallen as low as 1.75 per cent, a drop of 75 basis points.
Bond yields fell in the latter part of 2018
The yield on a five-year Government of Canada bond dipped by 75 points in a matter of weeks — a huge drop in the staid world of bonds.

RBC's cut is only 15 basis points, so with that spread still being wide by historical standard, more could be in the offing.

"Banks could've cut fixed rates weeks ago," McLister said. "The reason they held out is because they can."

Alternative lenders have already cut their rates, but since the big banks control about 90 per cent of the market, they can hold out longer.

"When people see materially better rates from non-banks online, it puts more pressure on the Big 6 to act," McLister said.

hey're also cutting now because of the time of the year. December and January are the "deadest" period for home buying, McLister notes, so RBC could be trying to drum up business while things are slow.

When asked what prompted the rate drop, an RBC spokesperson said a number of factors have impacted the Toronto-based bank's cost of funds.

RBC says that includes the rate the bank pays in the bond market, increasing regulatory costs and market volatility.

he impact on consumers will be small, but could grow if it's the start of a trend.

James Laird, president of mortgage brokerage Canwise Financial, calculates a $400,000 mortgage at the old five-year fixed rate of 3.89 per cent would cost a homeowner about $2,080 a month. At the new rate, that monthly mortgage payment would drop to $2,048 — $32 a month cheaper or an extra $384 per year.

"RBC is the largest mortgage lender in Canada, so whenever they move their mortgage rates, we can expect that the other four banks will follow suit," Laird said.

The trend downward in fixed mortgages is even more interesting considering what's happening in the variable market, which is more pegged to the Bank of Canada's rate than the bond market.

RBC nudged the rate for its five-year variable mortgage to 3.55 per cent on Wednesday, up from 3.30 per cent.