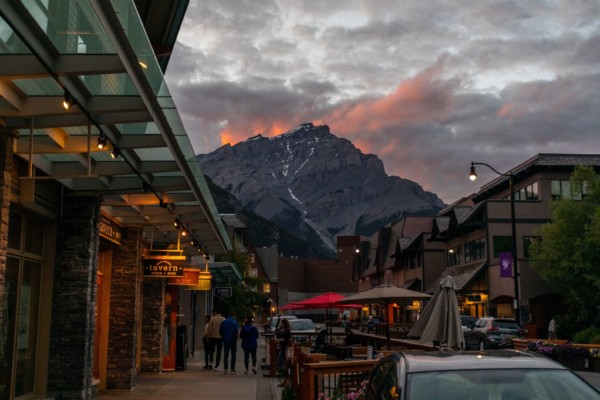 "If individuals have been allowed to enter Canada for an essential purpose, they have to abide by the requirements provided to them by the CBSA," said RCMP Cpl. Deanna Fontaine.

Non-essential travel between Canada and the United States is currently prohibited. The closure is currently scheduled to end July 21, though that date could be extended.

Under current rules, Americans may come through Canada to get home or get to work in Alaska, but they must travel along a direct path. When they need to stop for food or rest stops, they must maintain distance away from the public as much as possible.

Fontaine said at least six of the seven tickets issued last week were related to Americans who had stopped for long periods of time to go hiking in Banff National Park.

Each of the tickets was issued under the Alberta Health Act at a rate of $1,200 each.

RCMP have received other complaints from residents after seeing U.S. plates in the area, Fontaine said, but noted that it is up to the discretion of each individual officer to determine whether a stop in Canada is appropriate along their route of transit.

There are also legitimate reasons for the presence of a U.S. resident or a U.S.-plated vehicle in Canada amidst the pandemic, Fontaine said.

"In the park, we do have U.S. citizens who have been there since before the pandemic started," Fontaine said. "And that's not an issue. People have a right to live in peace."

According to a CBSA representative, travellers seeking to transit through Canada to Alaska will be required to substantiate their purpose for travel. Should their trip be deemed unnecessary, or purely discretionary, they will be denied entry.

"Should an officer have any doubts with regards to the traveller's intended purpose, the traveller will be required to prove/substantiate their purpose of travel," said Louis-Carl Brissette Lesage, a spokesperson with the CBSA, in an email to CBC News.

Brissette Lesage said providing false information to officers upon entry is considered misrepresentation and has consequences, including possibly being denied entry or being banned from returning to Canada.

Failure to comply with restrictions could lead to up to $750,000 in fines and imprisonment of up to six months, Brissette Lesage said.

Asked about the reports of tourists showing up in Banff National Park on June 12, Transport Minister Marc Garneau said a number of measures are in place and officials will continue to spot check.

"There will be cases where people do not do it and we believe that that's an irresponsible thing to do. We're largely satisfied that most people follow the requirements that are put in place," he said.

"We cannot guarantee 100 per cent that everybody is going to do it and we are to some extent assuming good faith on the part of people at this point in time."

Fontaine said the priority of RCMP was to educate travellers and ensure that those who need to quarantine are aware of the requirements.