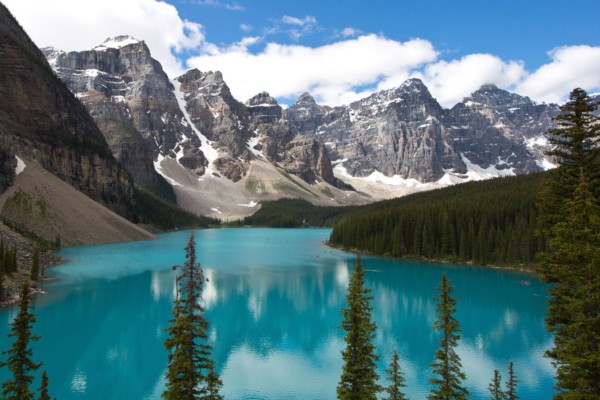 In an interview, Fir said the UCP’s ambitious goal to grow tourism revenues to $20 billion in just 10 years (up from $8.9 billion in 2017, the most recent year for which statistics are available) will take into account the ecological concerns related to ever-increasing traffic and congestion at some of the province’s most popular attractions. She said while world-renowned sites such as Banff and Jasper will always draw visitors, Alberta’s 10-year tourism plan will focus on ways to move visitors to other parts of the province.

“We’re interested in creating tourist opportunities in brand-new areas, areas that don’t have a lot of environmental pressure on them — whether it’s the Badlands or rural areas or Indigenous areas or the North,” Fir said. “Areas that can welcome guests because they’ve never been tourist destinations before.”

Fir, who has been meeting with MLAs and community leaders from across the province to talk about how to boost tourism in far-flung corners of the province, said part of the government’s goal is to develop more partnerships with private-sector tourism operators. She added the government is open to proposals for commercial developments that could boost the tourism sector, “providing we do the proper consultations and make sure we’re still protecting and preserving our environment and parks.”

This week in Calgary and Edmonton, Travel Alberta has been holding consultation sessions with tourism stakeholders as part of the process of developing a new 10-year tourism strategy for Alberta. The agency is expected to present its report to the minister this spring.

Travel Alberta CEO Royce Chwin acknowledged the government’s goal of doubling tourism revenues by 2030 is ambitious and said if the province continues to do exactly what it has done in the past, it “won’t even get close.”

“We can’t just rely on our major developed centres like Edmonton, Calgary, Banff, Jasper and Lake Louise,” he said. “How do we spread the tourism dollar around?”

While there is a real desire on the part of the government and private sector operators for more development, Chwin said, that doesn’t mean there’s a desire to “pave everything over and put up amusement parks everywhere.”

“It’s not just about jamming more people into the province,” he said. “We’re thinking about, what is the right kind of responsible development that would really respect the land but still bring visitors here?”

Grace Wark, a conservation specialist with the Alberta Wilderness Association, said an expanded tourism industry in the province cannot come at the expense of ecological integrity. She cautioned that even some of Alberta’s most pristine areas, such as the Kananaskis and Crowsnest Pass regions, have come under pressure from increased tourism in recent years.

“If we’re going to be seeing tourism expand into areas, that should be happening in places where a development footprint already exists, and where it isn’t going to interfere with species at risk or headwaters,” Wark said.