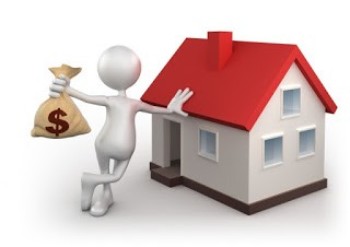 Nearly half of all existing mortgages in Canada will need to be renewed this year, substantially more than in prior years, according to a new report, amid rising interest rates and new rules that make it tougher for some borrowers to shop around.

A CIBC Capital Markets report suggests an estimated 47 per cent of all existing mortgages will need to be refinanced in 2018, up from the 25 to 35 per cent range in a typical year.

The increase is an unintended consequence of various rounds of regulatory changes in the past few years aimed at reducing risk coupled with rising house prices that made it harder for homebuyers to qualify, said Ian Pollick, CIBC’s executive director and head of North American Rates Strategy in a report released Tuesday.

“Over the past two to three years, as home prices have risen unchecked, you’ve had people trying to get into the housing market unable to afford longer term mortgages and taken out short-term mortgages,” he said in an interview. “And in 2018, everything is falling on top of one another.”

The increase in renewals comes as mortgage rates have been rising.

Recent Bank of Canada interest rate hikes have pushed up variable rate mortgage rates, while five-year fixed rates up about half a percentage point compared with a year ago as yields on the bond market, where the big banks raise money, have been on the rise since late last year due to an improved economic outlook.

Meanwhile, new lending guidelines introduced this year stipulate that homeowners looking to renew their uninsured mortgages are subject to a new stress test, unless they stick with their existing provider, hobbling their ability to seek out a more competitive rate.

Under the tighter lending guidelines, known as B20, homebuyers seeking a loan from a federally regulated lender must prove they can service their uninsured mortgage at a qualifying rate of the greater of the contractual mortgage rate plus two percentage points or the five-year benchmark rate published by the Bank of Canada. An existing stress test already requires those with insured mortgages to qualify at the central bank’s benchmark five-year mortgage rule.

However, borrowers who renew their uninsured mortgage with their existing lender are not subject to the new stress test, which took effect Jan. 1.

In turn, there is less incentive for lenders to offer lower rates to compete for market share, as they did during the so-called “mortgage wars” roughly five years ago.

“Some of their customers won’t be able to leave the bank,” said Scott Hannah, president and chief executive of the Credit Counselling Society. “Where is the motivation for financial institutions to offer the best rate?”

Craig Alexander, chief economist for the Conference Board of Canada, said the new underwriting guidelines were necessary to limit the growth in household debt and contain the associated risks.

“It’s just going to be a shock for some Canadians when they go shopping for a mortgage,” he said.

Mortgage broker network Dominion Lending Centres spokesman Dave Teixeira said clients looking to switch do have other options, such as credit unions which are provincially regulated and not required to implement the stress test. However, it is taking longer for its brokers to find another suitable lender, he added.

Alexander said Canadians will likely renew their mortgages at rates higher than they have currently, which will have a financial impact. He expects the share of income going towards servicing household debt to rise over the coming year, contributing to the trend of slowing consumer spending.

However, the economist stressed that interest rates still remain “incredibly low” and he does not expect the central bank to raise rates until next year.

“They have increased from where they were, but when you look at debt service costs for Canadians, they’re still quite manageable, except for a very small portion of the population,” Alexander said.

Research conducted by CIBC Economics suggests that just 20 per cent of all outstanding mortgage and non-mortgage debt is exposed to higher rates, said Pollick.

“This is a small proportion and, should have limited near-term ramifications,” he said. “Over time, as interest rates continue to rise, it will at some point in the future restrict consumption patterns.”