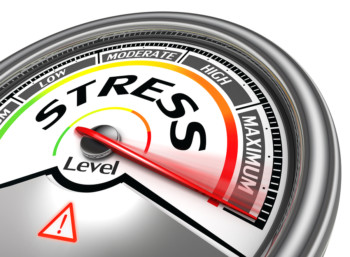 Don’t Fool Yourself, Canadian Banks Are The Real Winners By Stress Testing Mortgages

The Canadian real estate market is freaking out about stress testing new buyers. There’s a lot written on the impact on new buyers, but no one’s talking about how it impacts existing owners. Everyone thinks this means game over for the banks, which made me curious, why didn’t the banks lobby harder to prevent this? Looking at the numbers, it’s because they didn’t have to. Mortgage stress testing across all segments has the potential to reduce customer churn, and boost profits. Meanwhile, existing owners lose a bargaining chip, potentially sending their rates much higher.

What Are The Stress Tests?

Starting January 1, insured and uninsured mortgage borrowers will need a “stress test.” This is a quick calculation to determine if you can pay your mortgage, if the rate jumps 200bps. In plain English, the maximum you can borrow is determined by a rate two percent higher than the contract. This reduces the maximum borrowing power by over 20%. Renewals won’t need to do this stress test, unless they’re switching banks. The last part is what we’re looking at today.

Mortgage growth is pretty close to peak, and the Big Six Canadian banks own a majority of these renewals. Over 5.6 million mortgages on residential property were outstanding in Canada in 2016. At a 68% rate of homeownership across Canada, we’re getting pretty close to a peak rate of homeownership. The Bank of Canada calculates this debt to be worth CA$1.5 trillion. Interesting enough, over 74% of the dollar volume can be found in the Big Six filings. New mortgage growth is getting difficult, so retaining borrowers becomes the new priority.

Speaking of renewing, we’re approaching a very important window for borrowers. The stars have aligned, and over 47% of mortgages are going to be renewing within the next 12 months. Another 31% of mortgages will renew over the next 1 to 3 years. We have the potential peak of mortgage growth, and a huge number of renewals. All of this data is hitting us just a touch over 3 weeks from today.

Reducing Competition Is A Profitable Model

Typically a smart borrower walks down the street, and asks around for the best rate. They may never switch banks, but at least they can use that as a negotiating chip to lower their mortgage rate. Now banks can calculate in advance whether or not you can actually pass a stress test at a new bank. Bank of Canada estimates that 10% of uninsured mortgages issued last year would not pass the new stress test. These borrowers that won’t be able to pass a stress test, can’t just go to a mortgage broker for the lowest rate. They’ll get whatever the bank gives them at renewal, which can add up to thousands more in interest payments.

It Can Cost Highly Indebted Borrowers Thousands Of Dollars

The best rate we could find from a mortgage broker without looking very hard was 2.84% on a 5 year fixed rate. On a $800,000 mortgage at 2.84%, you’re looking at $104,918 in interest. That’s $86,989 of interest saved over just 5 years, when compared to the standard rate. It’s also $20,797 lower than one of the best rates that can be negotiated in bank. That’s quite a bit of money, for just 5 minutes of looking around. An option that’s going to disappear in just a few months, for those that probably need to negotiate the most.

These discrepancies also exist before mandatory stress testing is rolled out across all mortgage types at banks. The reduction of churn can be great for the banks, but not so great for existing mortgage holders. Regulations are a mixed blessing, tackling one issue, while often creating another. The issue created, might mean many existing homeowners are going to see higher levels of debt. Good for banks. Not so great for mortgage holders that have been barely squeezing by.