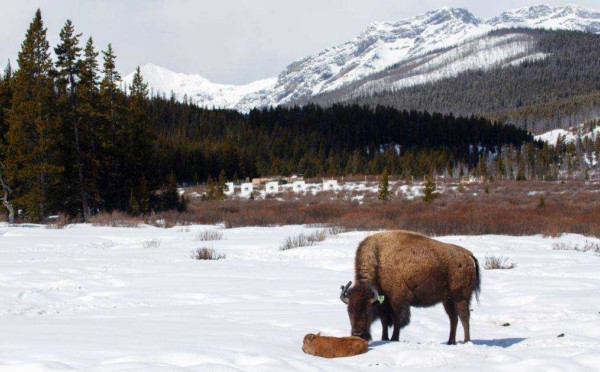 Canadians are getting their first glimpse at the newest additions to Banff National Park’s wild bison.

Parks Canada released photos on Tuesday of the first bison calf born in the Panther Valley on April 22. Since then, two more have been born.

On Feb. 1, 16 Plains bison were transferred from Elk Island National Park, east of Edmonton, to the Panther Valley in Banff National Park.

“It’s a huge milestone in this project, this will help tie the cows to that site and for the calves born this spring, Banff will be the only home they’ve ever known,” Hunt said.

he federal government said the reintroduction of the bison is not only ecologically important, but has a “great spiritual meaning” for indigenous peoples.