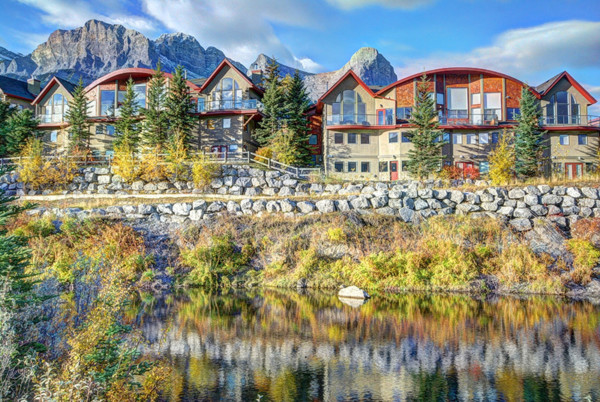 Affordable housing in Canmore has been an issue for the last 30 years. … I’m inclined to say it's going to get worse before it gets better, especially with market value in Canmore rising at the rate it’s rising.

Alaric Fish Manager of planning and development in Canmore

Canmore’s real estate market is booming. Q3 2016 was the town's strongest sales quarter in a decade with 174 recorded transactions and inventory levels in almost every segment indicating a seller's market. It's a stark contrast to the landscape just 100 kilometres east in Calgary.

But the town's planning team says Canmore is still facing “significant issues” around affordability and diversity within its market leading to “a struggle to retain the essence of what is appealing to people about the place.”

“Affordable housing in Canmore has been an issue for the last 30 years,” says Alaric Fish, Canmore’s manager of planning and development. “Diversity and density go hand in hand with that. I'm inclined to say it's going to get worse before it gets better, especially with market value in Canmore rising at the rate it's rising.”

Mr. Fish says Canmore's planning department has been tackling the issues with programs for several years now, with varying degrees of success.

“Canmore’s Perpetually Affordable Housing program has been very successful,” he says. “It ensures more than 70 ownership units are capped under market value for full-time residents who qualify with a maximum income.”

But with demand far outstripping supply, prospective homeowners can expect to join wait lists of up to 18 months for suitable properties to come to market. There are also 120 rental units with wait-list times reaching eight months for studio rental properties.
Laneway housing presents another potential solution to both density and affordability within the rental and entry-level home market. An incentive program was launched in June this year, offering homeowners up to $10,000 toward the cost of adding a laneway home but, so far, interest has been low.

“We’ve had no uptake on the laneway incentive at all,” admits Mr. Fish. “I think it’s a mix of the financial outlay being significant for a secondary suite and also some of the regulations which are in place around laneway housing in Canmore. That’s something we're going to be looking at loosening in the future to encourage interest.”

“Between 2004 and 2014 we had a drive for density in Canmore which led to an oversupply of row and stacked townhouses and an under supply in single family homes and duplexes,” explains Mr. Fish. “That under supply has driven house prices in those sectors up, out of reach of many families.”

“As a result, it's very difficult for someone to move to Canmore within that single family home or duplex market without a significant cash sum behind them.”
It’s an issue that locals like 32year-old developer Sky Mitchell are all too familiar with.

An avid skier and mountain biker, Ms. Mitchell has lived in Canmore since 2013 and calls it “a little piece of paradise.” But, she claims, many others in her age group are being driven out of the Bow Valley by its spiralling real estate market.

“I have so many friends who have left Canmore to set up home in places like Golden and Nelson, places that offer the same great outdoor living experience that Canmore does but without the impossible real estate prices,” she says. “I was biking with friends just last week and they’ve decided to move to Vernon; they just can’t make a go of it in the Bow Valley because of the price of land and property. It just breaks my heart to see that happen.”
Ms. Mitchell currently owns and lives in a condo in Canmore and the cost of making the step up to a family home is something she knows first-hand.
“My husband and I have been looking at some of the cheaper lots in Canmore, which start from $400,000 just for the land. We just can’t afford that. In Vernon, my friends will be getting the land, the house, the garage, everything for that sort of money. They can probably even get a horse for that.”

A member of the Canmore Planning Commission, Ms. Mitchell says things need to change in order for Canmore not to fall victim to its own economic success.

“Canmore needs real estate projects that make sense in various economies,” she explains. “We’re getting more and more tourist overspill from Banff which is making Canmore less affordable for visitors. The population of Canmore is growing but there aren’t enough affordable properties to ensure families stay and put down roots. Business in Canmore is booming, but employees can’t find accommodation. Canmore needs solutions to these challenges, not just more million-dollar homes.”

Ms. Mitchell, who has worked for several major developers in Calgary and the Bow Valley, recently launched her own company, Big Moose Realty, and she’s determined to “break the mould” in Canmore and address some of the issues affecting the town she loves.

“I have two adjacent sites on Bow Valley Trail. Phase 1, Base Camp, will be 34 nightly vacation rental units plus four affordable employee housing units. Phase 2 will be a mixed-use development with commercial at grade and affordable residential apartments and townhouse-style units above.”

Calgary-based designers, Studio North, have provided the creative vision for Base Camp, which broke ground Oct. 24. Phase 2 is pegged for August, 2017.
Mr. Fish says “innovative development is more essential than ever in Canmore. I certainly hope we’ve never discouraged that.”

Ms. Mitchell says her long-term ambitions in Canmore are to tackle the single-family home market, she’s just not sure how yet.

“I would love to do that. So few single family homes come to the market in Canmore under $750,000 and when they do they’re snapped up fast. If we could bring more product to the market under that price range, to give regular people a fighting chance, that would be amazing.”