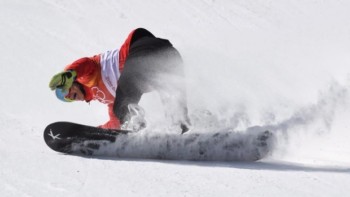 The 19-year-old from Sainte-Marie, Que., who captured bronze at the world championships last month in Sweden, beat out Lukas Pachner of Austria and Lorenzo Sommariva of Italy at a first-time World Cup course.

Grondin is now just eight points behind Alessandro Haemmerle of Austria in the race for the season title.

Eva Samkova of the Czech Republic won the women's race.

A second event at the same venue goes on Friday.

This report by The Canadian Press was first published March 4, 2021.